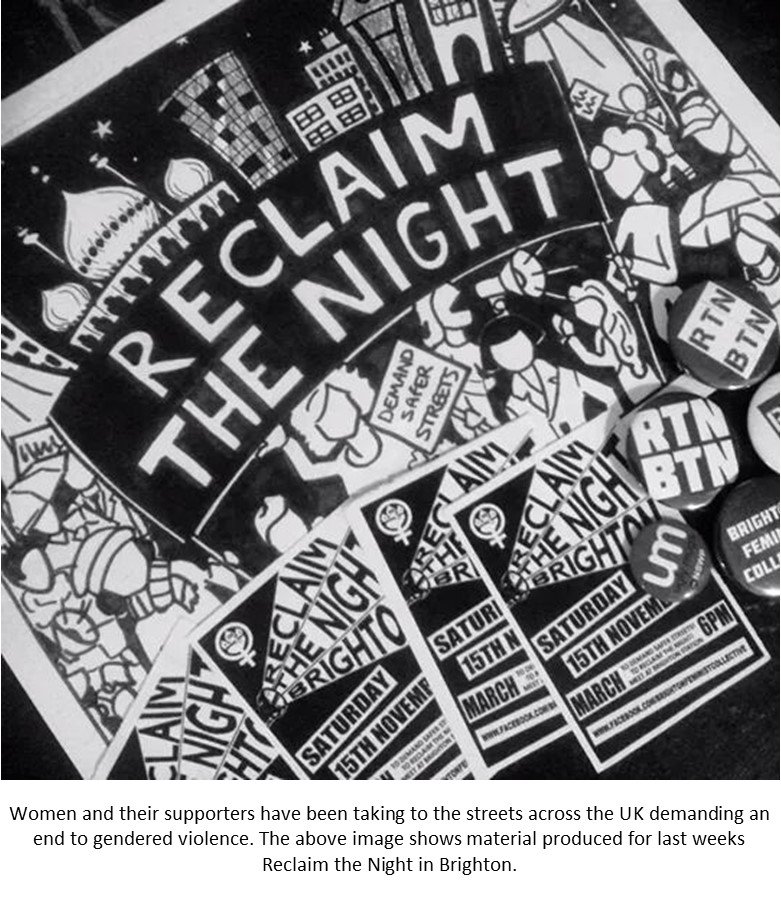 This evenings Reclaim The Night march aims to raise awareness of the impact of street harassment and gender violence. It is part of the campaign for The 16 Days of Activism Against Gender Violence.

The Solidarity Federation are supporting tonight’s march and the campaign to end all forms of violence and to make our streets a safe place for everyone. Day or night – we are marching to demand the “right to be free from the fear and reality of rape, street harassment, stalking and all other gender violence”. Reclaim the Night has an international history stretching back to the 70s. The first march took place in Belgium in 1976. In the USA the first ‘Take Back The Night’ march was held in Philadelphia, Pennsylvania in October 1975, after the murder of a microbiologist, Susan Alexander Speeth, who was stabbed to death while walking home alone.

Harassment, sexual violence and rape are still with us. That is why we are marching. Victim blaming, rape apologism, rape culture, harassment and violence must be stamped out.

It is everyone’s responsibility to create a society where women are safe to move around our communities without fear of attack. The police or judicial system don’t keep people safe: people do. Its up to all of us.

The Leveller Issue 8 Coming Soon to the Archive