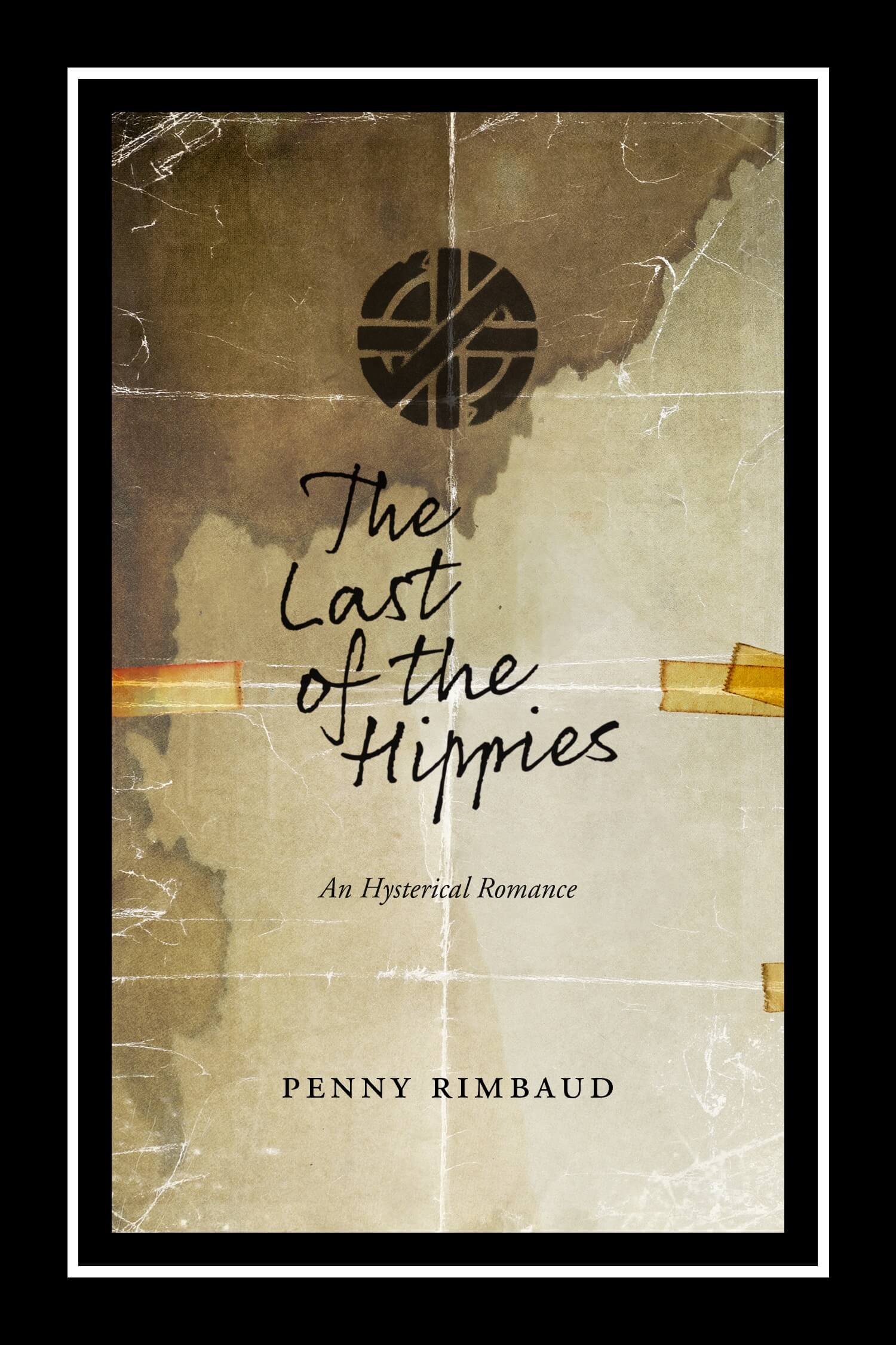 In The Last of the Hippies, Penny Rimbaud celebrates the life of Phil ‘Wally’ Hope, and rails against his murder at the hands of the state in 1975. In so doing, he conveys some of the anarchist/pacifist philosophy which fed into Crass, and subsequently much of the rest of the anarcho-punk sub-genre.

This is actually a fourth publication of The Last of the Hippies. It was originally included with Crass’s Christ, The Album in 1982, and much of the material was also covered in Rimbaud’s autobiography, Shibboleth: My revolting life (AK Press, 1998). Active Distribution produced a paperback version of The Last of the Hippies in 2009, and this 2015 PM Press edition is almost identical to that, but comes with a slick new cover and a considerable price-hike – up from Active Distro’s £1 (yes, one pound) to $12!

The hurried re-issue may be explained by PM Press’s arguably wider reach in the US, but the price disparity is stark, and in fact the Active Distribution edition is still in print (and, incidentally, in stock at www.activedistribution.org/shop).

The main body of the text provides a snapshot of Rimbaud, Crass, and the anarcho-punk scene at a particular juncture, immediately after the Falklands War in 1982, with the pacifist emphasis that might be expected therein. However, the ‘peace punk’ mentality is in sharp contrast to Rimbaud’s introduction, written in 2008, which flatly eschews pacifism. Rimbaud writes: ‘Crass caught me at a time when pacifism seemed to be the best way forward. Just at the moment, in 2008, I’ve swung heavily in the opposite direction’ (p. 9). This may come as a surprise to anyone familiar with Crass’s lyrics and slogans, but it is always interesting to be able to trace the trajectory of an individual’s political positions, and the ‘anarchism’ of Crass was always a wee bit half-baked, as Rimbaud freely admits.

Rimbaud also jettisons his erstwhile enthusiasm for rock’n’roll’s revolutionary potential, an element of The Last of the Hippies that now ‘greatly embarrasses’ him (p. 12). This change of position has not diminished Rimbaud’s cutting wit, however. Bulldozing his way through the revered grandfathers of punk, he writes: ‘let’s face it, the Pistols were no more than the Spice Girls of their day, glitzy, cheap and, dare I say it, downright crass. The Clash came in at a close second as ABBA with attitude’ (p. 12). And this is really what Crass, and anarcho-punk in general, were best at – firing punk’s critique of the music industry back at punk itself, while committing themselves to build something more meaningful than the hypocrisy of the corporate sell-outs.

Also in the introduction, Rimbaud writes that he ‘loathe[s] the fad for retro-punk’ (p. 4), but within two years of writing this, Crass succumbed to the retro-punk cash cow with the announcement of Crass vocalist Steve Ignorant’s farcical ‘Last Supper’ and ‘Feeding of the 5000’ tours (to which Rimbaud gave his blessing), and the subsequent re-issuing of Crass’s back-catalogue as ‘The Crassical Collection.’ And in 2012 it was with bitter irony that Crass themselves were touted as sell-outs for their instrumental role (via Southern Records) in crippling the anarcho-punk.net peer-to-peer music sharing website.

Crass’s reputation may have been sullied by the controversies of recent years, but The Last of the Hippies stands as a testament to a former integrity, and remains valuable as such.

Tags: Penny Rimbaud, The Last of the Hippies