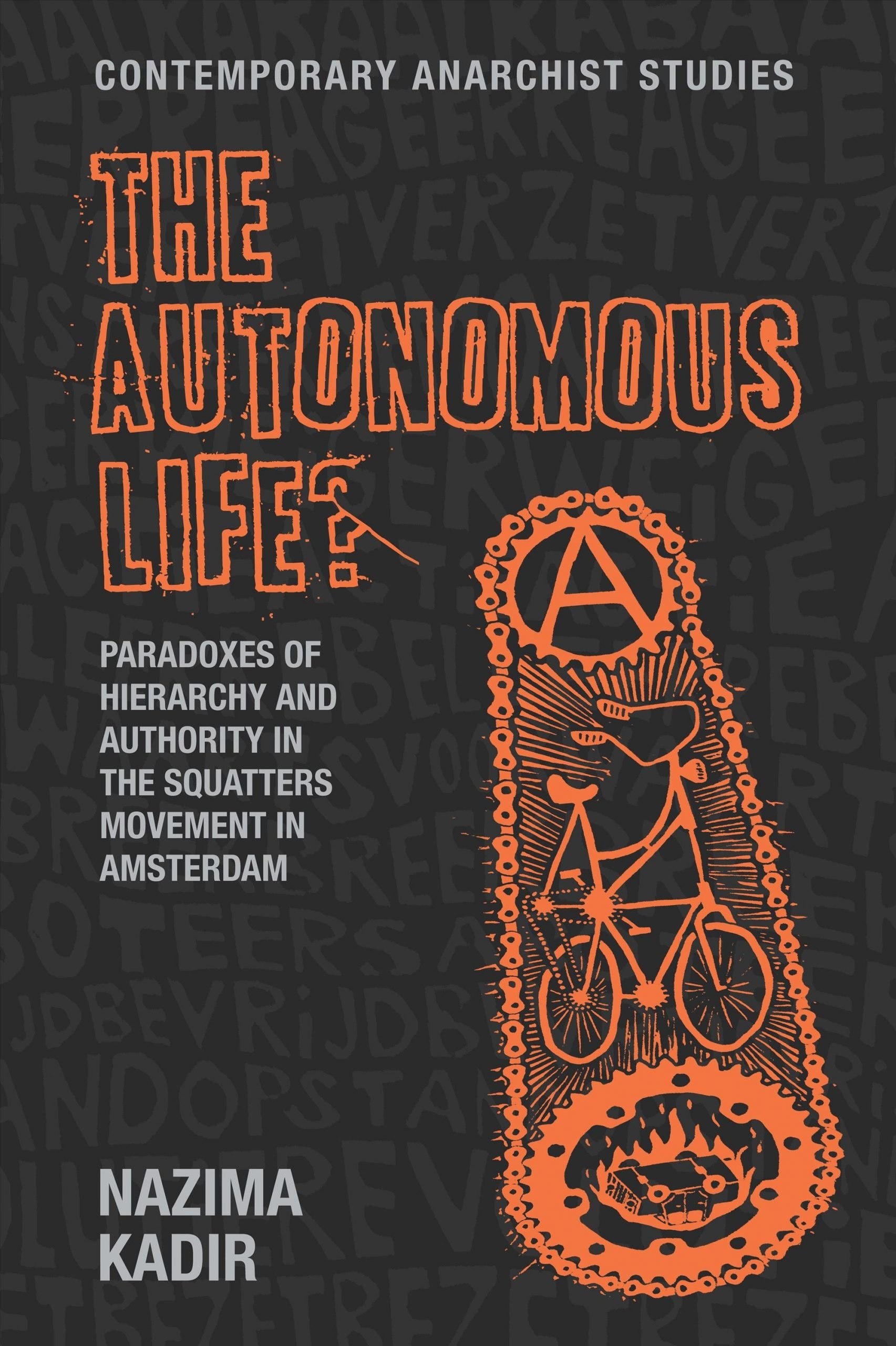 This book, developed from Kadir’s PhD research in the squatter scene in Amsterdam, tackles the issue of unspoken hierarchies within anarchist groups and movements. This is a very worthwhile topic, and some of Kadir’s descriptions are very insightful. However, the useful aspects of the book are obscured by Kadir’s positioning as a researcher, which generates some troubling undercurrents.

A condensed version of Kadir’s research appeared as a chapter in The City Is Ours (van der Steen, et al (eds) 2014) which was reviewed in Issue 1 of The Just Books Review. In that review, particular offence was taken to Kadir’s typology of squatters and its open disdain for punks. This anti-punk stance is on display again in The Autonomous Life (which perhaps predisposes this reviewer to a less-than-favourable response) – but the book contains other objectionable aspects as well. Even though Kadir spent some three-and-a-half years amongst the Amsterdam squatters, she deliberately maintains an outsider research position and does not share the political ideals of her ‘anthropological subjects’. For example, class is a recurrent theme throughout the book, and is one of the core ‘paradoxes’ identified by Kadir, in that people from non-working class backgrounds are involved in a movement struggling to create and embody a classless society. However, the uncritical regurgitation of liberal sociological distinctions results in a muddy class analysis. For example, terms such as ‘upper-middle-class’ (p. 142) and ‘lower-middle-class’ (p. 146) are used without any critique or explanation, and in Kadir’s class schema ‘bourgeois’ and ‘upper-class’ are used interchangeably (p. 120). The influence of class background in the interpersonal dynamics of the squatters is interesting, and speaks usefully to debates around privilege, but the ‘class identities’ here are surmised from tenuous evidence. This lack of nuanced critique is symptomatic of Kadir’s fundamental lack of engagement with the underlying motivating principles of the squatters, and results in a superficial, disinterested analysis.

Kadir discusses sexual gossip at length, with some insightful description of its deployment, especially in relation to the sexual partners of ‘squatter bosses’. But again, Kadir’s lack of engagement with the ideas behind the squatting movement results in some jarring comments – such as Kadir’s identification of one squatter as ‘Jennifer (who is obese)’ (p. 124), with this ‘obesity’ held up as proof that she is lying about having had sex with a ‘squatter boss’ (!). The main concept here, ‘the homosocial’, rests on pseudo-Freudian analysis and, in contrast to the more grounded descriptions elsewhere in the book, comes across as an academic flight of fancy. By far the most harrowing episode is Kadir’s deliberate and calculated ‘bullying out’ (p. 157) of numerous inhabitants of a squat in which she was living. Kadir is candid about her (frankly appalling) behaviour, but rather than express regret, she concludes that this is proof of ‘the necessity for leadership within a squat’ (p. 158) – though the logic for this, if there is any, is unexplained.

Kadir’s cynical analysis is only fleetingly broken towards the very end of the book, with a brief recognition of the ‘unspoken ideal … [and] practice of quotidian solidarity’ (p. 202). She even appreciates that her stay in the Amsterdam squatter scene was enriched with this everyday display of anarchistic solidarity, despite failing to show the same to those she ‘bullied out’. The otherwise insensitive representation of the squatters stems from a lack of engagement with their core motivations. There are insightful moments here, but they are undercut by this fundamental flaw.

Tags: Nazima Kadir, The Autonomous Life? Paradoxes of hierarchy and authority in the squatters movement in Amsterdam