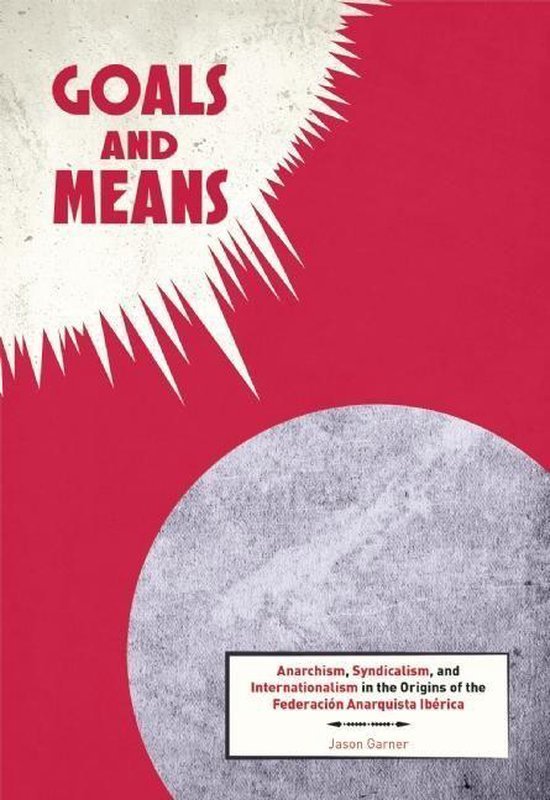 Jason Garner’s recent study ‘focuses on the relationship between anarchism and syndicalism in the Spanish trade union organisation the Confederación Nacional del Trabajo (CNT)’ (p. 1). At the heart of the study is the intersection of ‘working-class resistance … organised and united within the CNT’ and ‘the labour policy of the anarchist movement’ (p. 2). While the author’s opening description of anarchism is fair, and local and global factors impacting on the development of anarchist and syndicalist ideas and organising are taken into account, this ‘intersection’ from the outset establishes a false dichotomy that leads to a book which, though valuable on many levels, ultimately falls down in its analysis of both the CNT and the Federación Anarquista Ibérica (FAI).

Placing the birth of anarchism as ‘a definite ideological movement’ (p. 17) in the debates of the First International (IWMA), one that is internationalist and orientated to the working-class, he explains that it was through the International that ‘anarchist ideas penetrated the Iberian peninsula’ (p. 18), where anarchism became integral to the formation of unions. Garner provides a fascinating and enlightening account of the First International that counters Marxist distortions of history. The second chapter explains how ‘revolutionary syndicalism essentially bridged the anti-authoritarian wing of the IWMA – with the stress on the economic path to emancipation’ (p. 48). Garner sets the apolitical syndicalism of Pierre Monatte against the (anti-syndicalist) anarchist position of Errico Malatesta. Taking these two views as a starting point undoubtedly lends itself to an analysis lacking in nuance and, ultimately, fails to acknowledge the development of anarcho-syndicalism as anything more than the tension between the two. The term syndicalism is poorly defined leading to further problems with analysis throughout. For Garner ‘it was evident that it [the CNT] represented a very Spanish interpretation of revolutionary syndicalism, in which the influence of anarchism was strongly evident’ (p. 63). Rather than being something ‘Spanish’ the CNT, and later the other sections of the IWA, represented a new libertarian communist workers’ movement – the anarcho-syndicalist union.

The CNT’s rejection of the one party dictatorship of the Bolshevik Party under the misnomer ‘dictatorship of the proletariat’ differentiated between ongoing support for the October Revolution and Bolshevism. Rejection of seizure of state power in favour of direct action was central to conflict between the CNT and the Bolshevik trade union international the RTUI. However, Garner confuses the anti-statist position of anarcho-syndicalists with apoliticism. Following the CNT’s criticism of the Bolshevik controlled International, Garner gives a historically rich account of the formation of the IWA, established in 1922 as a specifically anarcho-syndicalist international.

Chapter five is promisingly critical of the confusion around internal conflicts within the CNT. Garner writes that ‘historical interpretations of the different tendencies within the CNT employed the tactic of talking of “anarchists” (representing the more radical wing of the CNT) and “syndicalists” (the moderates)’ which, while ‘helpful in making a complex situation more understandable … is open to misinterpretation’ (p. 140). To tackle this problem Garner moves from two to an equally unsatisfactory three tendencies, adding ‘anarcho-Bolsheviks’ to the mix. Anarcho-Bolshevik originated as a slur against some of the more combative anarchist affinity groups of the time. It does not represent a ‘third’ tendency as the use of violence by affinity groups such as Los Solidarios was not out of tune with the CNT, emerging as they did from a period of severe repression, including attacks and assassinations carried out by Pistoleros in the employ of the bosses.

We are teased with the anticipated birth of the FAI several times in the final chapters of the book, only for the moment to be snatched away as Garner recaps or provides additional material that would have been better suited to earlier chapters. He builds throughout the book to a conclusion based on over-simplified differences, tensions, and tendencies at work within the CNT, while refusing to acknowledge the emergence of anarcho-syndicalism as an organisational and political form that combines ideology with class organisation. Despite the solid historical research throughout, Garner provides an ultimately unsatisfying analysis. In his conclusion we are presented with a tick off exercise on the differences and similarities between anarchism and syndicalism while he mistakes the central role given by anarcho-syndicalists to labour organising for ‘anarchist dependence on the syndicalist movement’ (p. 248). Essentially Garner misinterprets the more confident development of the CNT as an anarcho-syndicalist organisation as an anarchist take-over.