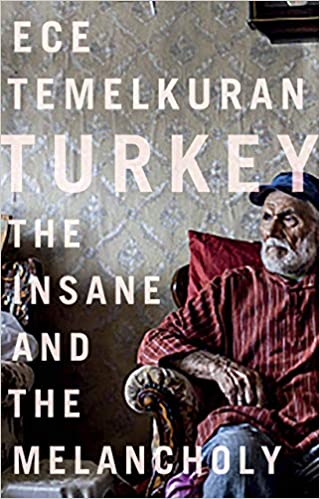 This is a timely book that sheds light on the cultures vying for space and dominance in Turkey, and against the backdrop of Erdoǧan’s tightening political grip, Temelkuran’s account from the other side of the cultural battle lines takes on increased importance.

Temelkuran is a journalist by trade, and this certainly comes across in the writing style, which is accessible but erratic. The vignettes, photo analyses, and personal narratives flow like a conversational stream of consciousness – jumping between points, but leaving a distinct impression of current day Turkey and the recent history that has shaped it. Her criticisms of Erdoǧan’s ruling AKP party got her fired from her newspaper job in 2012 and led to a bile-filled (and AKP sponsored) social media campaign against her (p. 176), but that experience of repression has not blunted Temelkuran’s critical edge.

Some shocking statistics are laid out, most notably those revealing what Temelkuran terms a ‘war on women’ (p. 18) in which a woman ‘is killed every two days’ in Turkey (p. 204), with a sharp increase in the rate of killing in the last seven years. Also horrifying are accounts of repression of the Kurdish separatist movement, especially the ghastly tales of Diyarbakɪr Prison (p. 264) where many PKK fighters were tortured to death.

Temelkuran also comments on the ‘Dubaisation’ of Turkey (p. 16) – a steady spread of glitzy shopping malls, combined with an increase in conservative Islamic values. She writes that ‘A new human being is being created, silently in awe of the endless display of commodities and suffering from addiction to bling’ (p. 152). This Orwellian theme of a state creating new obedient subjectivities is repeated throughout the book, including the manipulation of the Turkish language to eradicate unsavoury radical and revolutionary words, and ‘A discourse of abracadabra’ (p. 177) used by the ruling AKP party to reclaim Turkey’s history as a vindication of its own cultural vision, while whitewashing away any inconvenient truths.

In its critical approach, the focus here is on the ‘fouler’ (p. 25) aspects of contemporary Turkey, but Temelkuran also wants to make clear that there are more hopeful sides to her country. She writes that ‘the ghost of Gezi still continues to haunt Turkey’ (p. 22) and that the protests were so popular and impactful because it was a chance for people ‘show themselves and one another that the country did not consist merely of unscrupulousness’ (p. 190).

This was written prior to the ‘Gülenist’ military coup of 2016, but there is much here that leads to an understanding of those events, and especially Erdoǧan’s opportunistic response, as an almost expected passage of Turkish politics. This is perhaps an indication of Temelkuran’s success in rendering the extraordinary political and cultural context of Turkey more intelligible to the outside observer.

Tags: Ece Temelkuran, Turkey: The Insane and the Melancholy

Penny Rimbaud, The Last of the Hippies. An hysterical romance