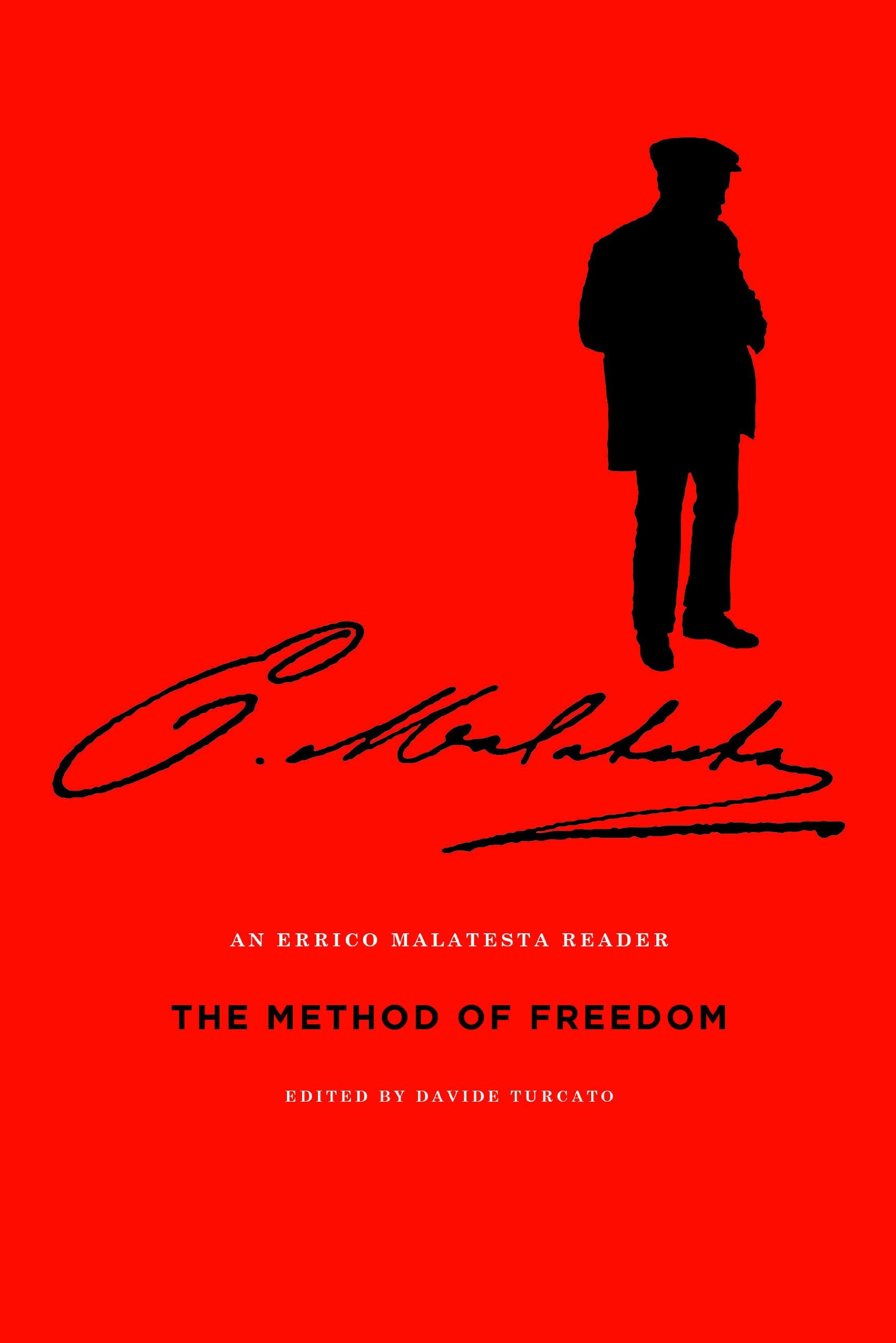 Malatesta is one of the best known activists and writers in the ‘canon’ of anarchism. Several pamphlets and collections of his material have been published in English over the last several decades, especially by Vernon Richards and Freedom Press, but Turcato’s edited volume offers a wider range of Malatesta’s writings, improves upon earlier translations (aided by Paul Sharkey), and really gets across a sense of the evolution of Malatesta’s ideas. The key aspects of this trajectory are condensed into The Method of Freedom, which precedes the eventual publication of a ten volume Complete Works of Malatesta, also on AK Press (vol. III, the first to be published, is due later in 2016).

The newspaper articles and correspondences selected here present Malatesta in the shifting contexts of revolutionary agitation, from the First International, through several periods of exile in Argentina and London, to the Red Weeks, and eventually the rise of fascism in Italy. The selections also portray Malatesta’s ideas as developing in antagonistic exchange with other writers of the time, and as reacting to developments in anarchist thought and praxis. The first of these developmental tensions was within the International Working Men’s Association (IWMA) between Bakuninist collectivism and the emergent dominance of anarcho-communist ideas. Malatesta was certainly of the communist persuasion, arguing that ‘collectivism is flawed in its moral foundation’ and ‘is incompatible with anarchy’ (p. 47), but typifying his characteristic pragmatism, Malatesta argued early-on that collectivism might be implemented in some areas on a ‘transitional basis’ (p. 47), to allow time for the collectivists to see the benefits of communist organisation of production. But as the dispute between collectivists and communists became drawn out, Malatesta took what Turcato describes as a ‘pluralist stance’ (p. 67) and argued for ‘union between communists and collectivists’ (p. 95) – such ideological bickering was senseless, because in his view (and providing the title for the book) ‘Anarchy [is], above all, a method’ (p. 141).

Malatesta also reacted to the emergence of anarcho-syndicalism, and though he was initially wary of trades unions and regarded ‘an authentic general strike as unachievable’ (p. 107), he was tentatively supportive, recognising that ‘[w]hatever may be the practical results of [economic] struggle … [t]he revolutionary cause … must benefit by the fact that workers unite and struggle for their interests’ (p. 287). But he maintained a warning that syndicalism risked becoming ‘an end in itself’ and that it ‘contains in itself, by the very nature of its function, all the elements of degeneration which corrupted Labour movements’ (p. 339).

Turcato identifies ‘an original gradualist view’ (p. 267) emerging in Malatesta’s thought during his exile in the United States after the 1898 bread riots in Milan. The theme of gradualism recurs throughout the selected writings from then onwards, but is explicated more-and-more clearly towards the end of Malatesta’s life. As he put it: ‘I believe that one must take all that can be taken, whether much or little: do whatever is possible today, while always fighting to make possible what today seems impossible’ (p. 509). Turcato rephrases this nicely on the book’s cover: ‘our ends should not be disconnected from our action; our ideals should not be so lofty as to make no difference to what we do here and now’ (back cover).

Malatesta was assuredly atheist and anti-clerical, but it is striking that his language often borrows from religious terminology, phrases such as ‘holy’, ‘salvation’ and ‘sacred’ crop-up often, and indeed, he presented his anarchist philosophy as one rooted in love (p. 518). He was also unfailingly modest, and, as he became an elder grandee of the anarchist movement, rebuked those who ‘inflicted’ deference upon him, preferring to remain ‘a comrade among comrades’ (p. 395). The views of the older Malatesta are among the most interesting here, including recollections of Kropotkin after his death (p. 520) and critical reflections on the First International, sixty years on (p. 527).

There is a firm commitment to historical ‘documentary accuracy’ (p. 4) in this collection, with all writings being presented in their entirety, and translations corrected for fidelity to the original versions. This inevitably leads to some repetition of ideas across the selections, but the light-touch approach to the editing and framing of Malatesta’s writings is surely an advantage. (For a more analytical approach to Malatesta, see David Turcato’s Making Sense of Anarchism (AK Press, 2015)). This a beautifully produced tome which makes an important contribution to our understanding of a seminal figure in the history of anarchism.