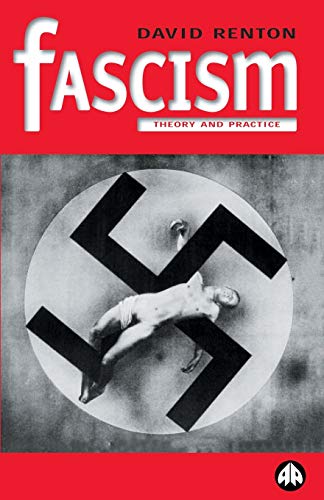 Despite being published in 1999, this book, and any analysis of fascism, assumes increased importance in the wake of the xenophobic Brexit debate, and the resulting increase in race-hate attacks – as Renton writes, ‘the most important reason to understand fascism is in order to oppose it’ (p. 109).

Renton is a former member of the Socialist Workers’ Party and their front organisations, the Anti-Nazi League and Unite Against Fascism (though, to his credit, he criticised the SWP during the Comrade Delta rape cover-up scandal). This ideological grounding shapes the book into a doctrinaire overview of Marxist literature on fascism, though Renton’s practical experience of anti-fascist organising is of benefit. Unsurprisingly, Renton’s core arguments align with Trotsky’s ‘United Front’ approach to combating fascism (p. 14), which essentially means allying with ‘sympathetic forces’ and moving from a defensive opposition to fascism to an offensive one, ‘put[ting] forward positive demands on behalf of the whole of the working class’ (p. 112).

Renton criticises ‘liberal fascist studies,’ accusing it of ‘playing down the actual racist and murderous character’ of fascism (p. 1), and failing to ‘generate a non-fascist understanding of fascism’ (p. 25). To develop a critical analysis of fascism, Renton aims to paint ‘[a] bottom-up picture of the fascist parties’ (p. 14), which ‘involves looking at what [they] did at least as much at [sic] what [they] said’ (p. 4). Chapter 1’s snapshot of European fascism in the 1990s is reasonably effective, but the bulk of the book is occupied with the tedious bickering of various Marxist sects. Renton chastises the ‘liberal fascist studies’ scholars for ‘exaggerat[ing] the importance of the fascist intellectuals’ (p. 1), but he repeats this error with a near-exclusive focus on Marxist intellectuals, despite advocating a ‘bottom-up’ approach.

This doctrinaire framework is problematic. For example, Jack London’s The Iron Heel, published in 1908, is castigated because London ‘had no experience of any actual fascist movement or regime’ (p. 52). However, Marx is lauded with the remarkable achievement of developing ‘a Marxist theory of fascism even before there was fascism’ (p. 47)! As a faithful Trotskyist, Renton repeatedly advocates Trotsky’s dialectical analysis of fascism – but later admits that Trotsky’s dialectic requires ‘modification’ (p. 75). Trotsky’s dialectic emerges from a contradiction between fascism’s ‘mass base of support and the reactionary nature of its goals’ (p. 73), but in Trotsky’s dialectical synthesis, he ‘believed that there was no possibility of a durable fascism’ (p. 75). As Renton points out, fascism actually had the effect of ‘stabilising capitalism’ (p. 76), but to modify this crucial aspect is to rob the theory of its dialectical nature entirely. What remains is, actually, a subtle analysis of fascism, highlighting productive tensions, but Renton’s ideological preoccupation means he is compelled to toe the Trotskyist line.

Beyond the dirgey Marxist theory and the minutiae of Comintern strategies, Renton actually offers some sound practical reflections. He stresses the necessity of ‘bread-and-butter tasks’ (p. 111) such as: exposure of fascists hiding behind the ‘acceptable’ guises of racism and nationalism; education about fascism and the conditions in which it emerges; physical opposition, in large numbers and (mostly) non-violently; and ‘no platforming’ (p. 113). This material is crow-barred into the final few pages; more focus here would have been interesting. These misgivings aside, Renton is spot on when he concludes that ‘capitalism constantly fills the reservoir of reactionary ideas that fascism relies on to grow’ (p. 115), and that ‘[t]he only way to defeat the rats is to destroy the sewer they live in’ (p. 116).

Dave Zirin, Brazil’s Dance with the Devil: The World Cup, The Olympics, and the Struggle for Democracy (updated Olympics edition)