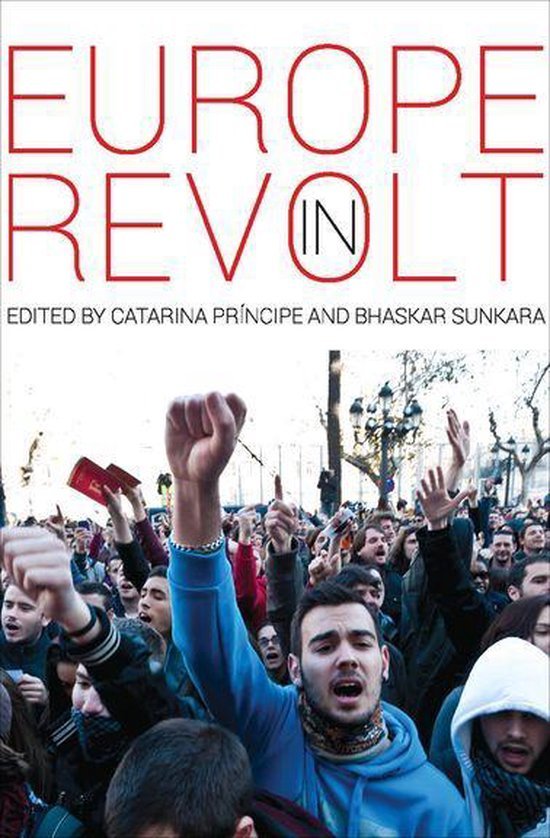 This collection is edited by two people involved with Jacobin (Príncipe is a contributing editor and Sunkara is the magazine’s founder). The chapters here basically follow the Jacobinista line of ‘building an alternative left political party as means to social revolution’, despite numerous examples of the abject failure of that tactic across Europe in recent years. This dubious core assertion aside, the chapters here do actually provide a wealth of information on the particularities of the crises facing European nation-states today, and there are some useful critiques of ‘alternative left’ parties from some of the contributors.

The chapters cover contexts such as Greece, Portugal, Italy, Sweden, the Netherlands, France, and Spain. The most intriguing contributions include: the chapter on Germany by Mark Bergfeld which points out that, despite Germany’s vaunted economic success, it is ‘now the most unequal society in the EU, with every fifth child growing up in poverty’ (p. 118); Fischer and Economou’s chapter on Cyprus, which contains a usefully long historical background to the little-known Cypriot context (pp. 31-44); the chapter on Iceland by Vidar Thorsteinsson, which punctures the projected ‘fantasies’ (p. 77) of horizontalism and anti-capitalism to paint a picture of ‘Unmet expectations’ (p. 70) and a country that has ‘yet to see a surge in left mobilization’ (p. 77). Perhaps of most interest locally are the chapters on Ireland (pp. 129-142) and the UK (pp. 143-158), which focus on Sinn Féin and Jeremy Corbyn respectively.

My eyebrow was more than a little raised to see Sinn Féin being discussed in a volume about leftist and socialist political parties, but Daniel Finn’s chapter skewers the party’s claims to radicalism fairly well. Finn highlights the diverging (‘adaptable’) tactics employed north and south of the border, especially with regard to welfare reforms, water charges and neo-liberal austerity policies, and points out that Sinn Féin are, and have always been, ‘more nationalist than left’ (p. 129) with an ever-decreasing ‘inclination to pursue a radical course’ (p. 137), and a ‘record of ideological pragmatism [which] means that any pledge Sinn Féin makes today should be taken lightly’ (p. 141). Finn also criticises Sinn Féin’s organisational culture, suggesting that party members will find it ‘difficult’ to oppose any ‘move toward the center’ by the party leadership (p. 141), quoting Eoin Ó Broin’s analysis of a command structure in which ‘discipline and loyalty are often more highly valued than critical debate and internal democracy’ (pp. 141-142). It is with some prescience that Finn suggests a ‘younger and fresher generation’ (p. 141) as a potential boost to their disappointing electoral performances of recent years – but it is the departure of Gerry Adams that Finn actually has in mind here, and while Martin McGuinness has shuffled off the scene, Adams lingers on like a bad smell.

Hilary Wainwright’s chapter on Jeremy Corbyn, Momentum and the Labour Party strikes a much more optimistic tone, though she remains ‘haunted by the fate of Tsipras’ (p. 143). Wainwright starts out with a sober assessment of the success of Corbyn as ‘more a testament to the hollowing out of the political system than a demonstration of a viable political alternative’ (p. 143). However, by the end of the chapter Wainwright is writing about ‘a Corbyn win in the 2020 general election’ on the back of Momentum, which she argues ‘could simultaneously set in motion the dynamics for supportive and transformative postelection alliances’ (p. 155). Wainwright gleefully recounts a Sky TV journalist remarking ‘with extreme perplexity’ that ‘“Corbyn has completely upset our template”’ (p. 157), and while we might all delight in upsetting Sky TV journalists it is hard to agree with Wainwright’s vision of revolution stemming from electoral success for the Labour Party.

And this is the core issue with the volume; many of the chapters blindly assert that the electoral strategies of their pet parties are somehow distinct from all of the abject failures, betrayals and corruptions that have come before (see especially Príncipe’s chapter on the Left Bloc in Portugal (pp. 159-174) and, as mentioned, Wainwright’s chapter on Corbyn). But many of those authors who are most scathing of the ‘left alternative’ parties they describe still end up repeating the electoral mantra of building ‘a more consistent and radical movement’ (Finn, p. 142) or ‘a coherent left-wing force’ (Thorsteinsson, p. 77) – they refuse to accept the fundamental flaw of electoral strategies towards meaningful social transformation. Some exception must be given here to Alex de Jong’s chapter on the Dutch Socialist Party (pp. 107-114) which is unwaveringly critical, and Luke Stobart’s analysis of Podemos/Indignados which points to the workplace as an underdeveloped, but key, site of struggle (p. 190).

This is a highly informative volume and many of the critiques contained herein are poignant, even if the suggested electoral remedies remain unconvincing.