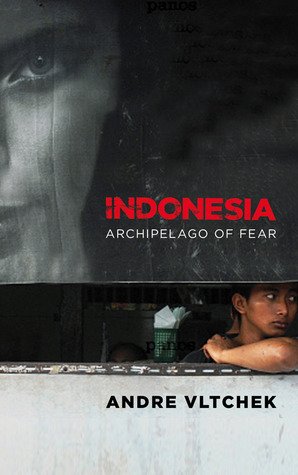 Vltchek’s Indonesia paints a bleak picture, and an unfortunately accurate one. His grim depiction of Jakarta as ‘a poverty-ridden hellhole’ (p 66) is one that any visitor there will recognise – even through a tourist’s naïve eyes. Against those that still try to claim Indonesia as a beacon of moderate Islam, neo-liberal success, and developing democracy, Vltchek draws on fifteen years of investigative journalism to bring to light the everyday Indonesian experience of poverty, religious violence, sexism, racism, corruption, social decay, and environmental devastation. Following in the vein of Benedict Anderson, Naomi Klein, and Noam Chomsky (who provides the foreword), Vltchek clearly identifies the US-backed Suharto dictatorship (1968-1998) as a fascist regime, and shows that despite the proliferation of ‘democratic’ political parties during the reformasi years, nothing has changed – ‘fascism is surviving and even flourishing’ (p 74). Fear is an appropriate theme here, and Vltchek’s indignation is palpable and justified as he exposes a catalogue of harrowing atrocities.

Hopelessness is another overriding theme, but it is not one that I so easily recognise. Statements such as, ‘[a]ll hopes for Jakarta should be abandoned’ (p 65), that there is ‘no determination to rebuild the collapsing nation’ (p 150), or that ‘Indonesia has lost its voice; it has become intellectually deaf and mute’ (p 203), are understandable when faced with the scale of the Indonesian catastrophe, but Vltchek fails to mention the glimmers of hope that exist all across Indonesia. The state’s total media black-out against anti-fascist groups, militant farmers’ collectives, and environmental campaigners might explain Vltchek’s apparent unfamiliarity with these struggling activists, but Vltchek’s own political perspective may also play a role here. Following the 1965 coup and subsequent genocide of up to three million communist sympathisers, there remains a strong anti-communist taboo in Indonesia. This leads Vltchek to focus on the handful of Marxists and genocide survivors willing to speak openly, which is admirable, but does cause him to miss the vibrant strain of contemporary resistance movements stemming from Indonesia’s anarchist tradition. In my experience those movements are filled with a real determination to fight to improve the situation, rather than the flaccid hopelessness Vltchek observes.

This oversight aside, Vltchek’s book is a valuable piece and does well to expose the reality of life in Indonesia, counter to the false image presented to the rest of the world. ‘The story had to be told’ (p 229).

Ece Temelkuran, Turkey: The Insane and the Melancholy