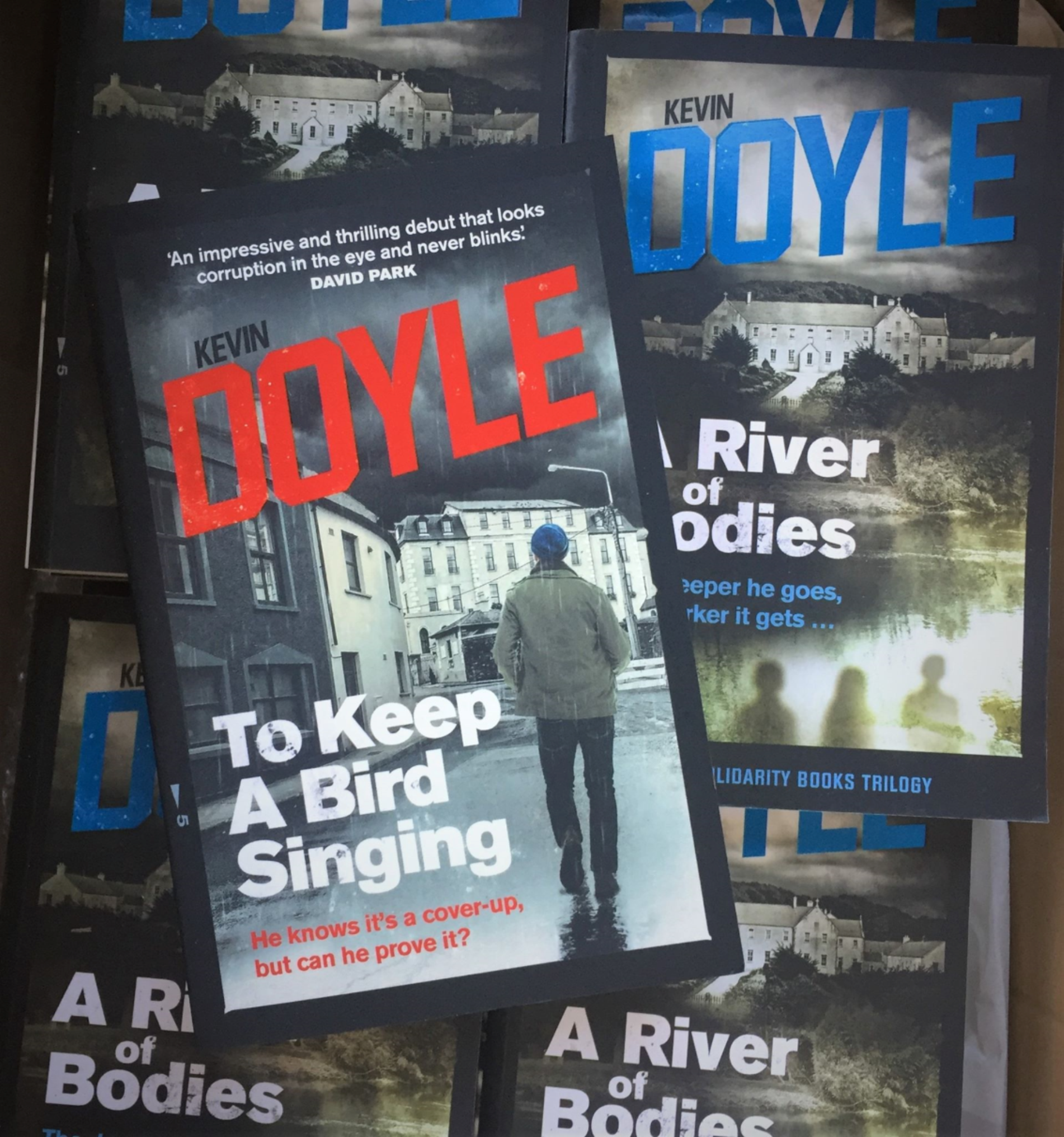 TO KEEP A BIRD SINGING

A RIVER OF BODIES

I don’t read a lot of fiction but the first two books in Kevin Doyle’s ‘Anarcho-noir’ Solidaity Books trilogy have been welcome as a comparatively lighter read during weeks of lockdown. Although the second book could be read as a standalone novel, its very much advised to read the first volume before diving into the second; the plot will make a lot more sense, the characters will be familiar and it will be a much more rewarding read in general.

Set in Kevin’s native city of Cork, the story begins when a local ex-punk happens upon his own record collection, stolen from him years before in a burglary, for sale in a charity shop. In investigating how the records came to reappear and where they’ve been for all those years he becomes drawn into events far over his head, taking place in a murky world controlled by local power.

Without wanting to give away too much about the plot, I found the two books of the trilogy so far to be reminiscent of David Peace’s masterful Red Riding quartet of books; not in writing style, but rather in terms of plot construction, concerning as it does a conspiracy wide-ranging in space and time, involving disparate elements of the local power structures; the church, the local state bureaucracy, the police, business, politicians, the effect this conspiracy has on the outside world and the tensions within and between its various elements. Also similarly to much of Peaces work, real people, real places and real events are intermingled and interwoven with the fictive elements, and the implicit political critique is clear.

Personally, I always found myself wanting to read ‘one more chapter’ and consequently got through both books in short order. They would be well deserving of a re-read at some stage, and hopefully the third book will be along before too long to round out the trilogy.